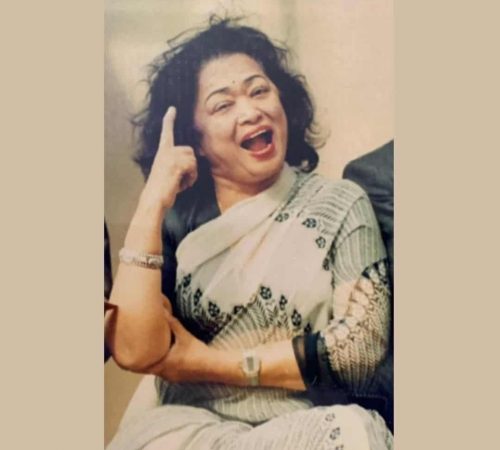 Shakuntala Devi contribution to Maths was immense. She was a born Math Genious and millions of students across the world learned from her with her workshops in schools and colleges. She was crowned as Human-Computer due to her strong calculative skills. Know more about her and her contribution to Maths by reading below:

Shakuntala Devi- The Human-Computer of the world as she was called made a great contribution to maths. She was born on 4th Nov 1929 in a Brahmin family in Bangalore city of India. She had an extraordinary mathematical skill which has inspired millions of students across the world. At an early age she became world-famous through her superb arithmetic skills. She belonged to a lower-middle-class family and her father used to work in a circus. He had discovered extraordinary mathematical skills at an early age. Then he made her participate in the mathematical talent shows. She had to drop out of school since her family was not able to afford her fees. But she is a born-genius and was able to solve difficult maths calculations even without the need for formal education in school. Even at the age of six, she used to visit Universities to give public performances like the University of Mysore, Annamalai University, Osmania University to name a few, and brilliantly she used to answer all the questions. She was becoming famous over the period of time and started to earn bigger money even being a child.

Seeing a bigger opportunity overseas she started touring across the world starting with London in the 1950s where she got popular in media with BBC giving her the title of Human-Computer. In her mathematical skills of Speed and Accuracy, she could beat the computers. 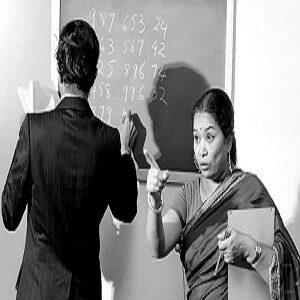 Feats of Shakuntala Devi and her contribution to maths

Some of the Feats of Shakuntala Devi include:-

As per New York Times “She could give you the cube root of 188,132,517 — or almost any other number — in the time it took to ask the question. If you gave her any date in the last century, she would tell you what day of the week it fell on”

Shakuntal Devi was a born genius. She was totally a self learner. She was daughter of circus performer and she used travel with her parents when she just three  years old. It has been learnt that card tricks helped her develop the skills of calculation. As soon as she learnt to calculate cube roots mentally , she had started visiting many school and colleges to demonstrate her calculative ability. She had began travelling the world when she was in her teen age.

How much maths has Shakuntala Devi studied?

She has been a self learner throughout her life. There is not much information available on her maths education. However she has written several books on calculations and math puzzles.

This was done on 84 birth anniversary. Check the Google Doodle link.

She had written a book” Figuring – A joy of numbers” still under print.

Arthur Jenson, who was a professor of educational psychology studied Shakuntala Devi’s abilities in 1988.

She fought Lok Sabha elections in 1980 against Indra Gandhi. According to an article in New York Times, she as an independent candidate had fought from Mumbai and Medak but she lost the elections and came to 9th position.

She was married to Paritosh Bannerjee, an IAS officer in 1960.

Was Shakuntla Devi an astrologer?

Shakuntala Devi, a great mathematician also started astrology. By studying stars, planets of an individual as per the date of birth, she used to make predictions about personal lives, describe their personalities, and offered advice. She has also written a book on astrology- Astrology for you. The book gives information on planets, zodiacs etc.

Book a Free Trial
Be a teacher

Shakuntla Devi died at the age of 83 on 21 April 2013 in Bangalore. She had respiratory problems. With her extraordinary skills and geniuses she inspired math learners across the world. A biopic movie has also been made where the role of Shakuntala Devi has been played by Vidya Balan.

Shakuntala Devi was extremely talented in calculations and her achievements /books show her contribution to maths. Her ability to calculate accurately with enormous speed has never been seen before. She used to beat the speed of computers in calculations.

If you intend to know more about her life, her books in maths, do let us know about it. We would love to share more information about Shakuntla Devi and her writings.

Winaum Learning provides an educational platform for children to develop their skills in Maths via (Curriculum program-Grow with Maths and Vedic Maths ), Handwriting, and English grammar. It offers kids online live classes and offline sessions done in small batches through its trained and expert teachers. It organizes competitions also for maths and handwriting. Know more by signing up for a trial class.

Book a Free Trial
Be a teacher

Is Abacus a Computer?

Why Maths is so Important?